skip to main | skip to sidebar


"The true story of Santa Claus begins with Nicholas, who was born during the third century in the village of Patara. At the time the area was Greek and is now on the southern coast of Turkey. His wealthy parents, who raised him to be a devout Christian, diet in an epidemic while Nicholas was still young. Obeying Jesus' words to "sell what you own and give the money to the poor," Nicholas used his whole inheritance to assist the needy, the sick and the suffering. He dedicated his life to serving God and was made Bishop of Myra while still a young man. Bishop Nicholas became known throughout the land for his generosity to those in need, his love for children, and his concern for sailors and ships. Under the Roman Emperor Diocletian, who ruthlessly persecuted Christians, Bishop Nicholas suffered for his faith, was exiled and imprisoned."

So yeah, we will be teaching our children about Santa, having their picture taken with Santa and also "being" Santa to those in need. One of the traditions I want to start (I was too late this year) is to "adopt a family."

Christmas is about celebrating Jesus miraculous birth and the joy in giving to others as He has given to us. 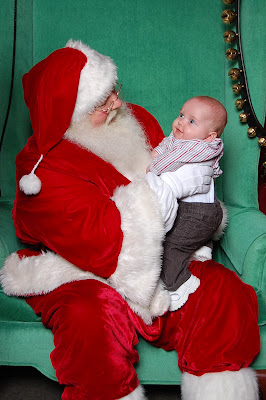 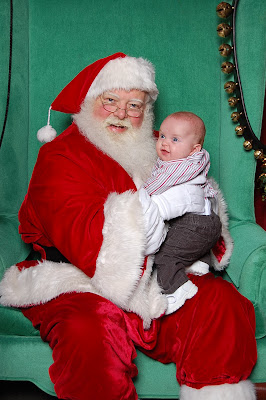 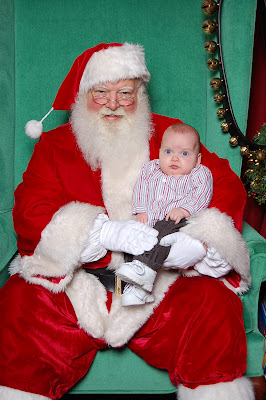